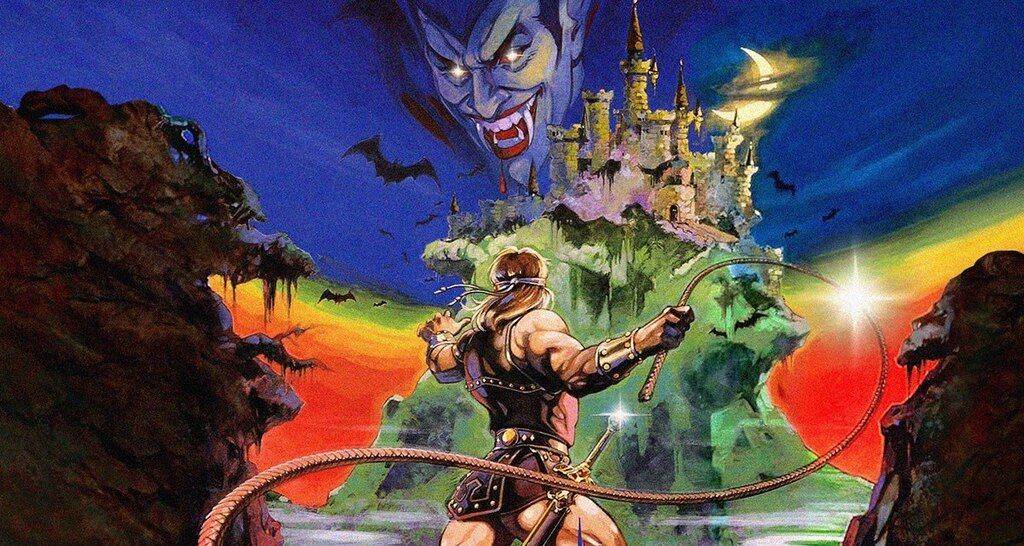 Pasokon Retro (opens in new tab) is our regular look back at the early years of Japanese PC gaming, encompassing everything from specialist 80’s computers to the happy days of Windows XP.

Everyone loves Castlevania. Everyone. Konami’s 1986 mega-hit is a Nintendo classic stuffed with iconic monsters, whip-cracking Belmonts, and toe-tapping music. Its gothic-inspired stages are streamlined to perfection, every linear section of every stage a tightly designed challenge intended to test but not traumatise experienced gamers.

But what if they hadn’t been?

For once this is not a wild hypothetical question but something everyone can play for themselves thanks to Vampire Killer, an exclusive on the 1985 Japanese PC the MSX2. Konami made Vampire Killer as an alternative take on the same Dracula-flavoured concepts, and released it at almost the same time as its better-known cousin.

There are many differences, but the biggest one is this: Progress isn’t just made by surviving an area and reaching the entrance to the next, like in most Castlevania games (and most platformers in general). Vampire Killer also requires its players to find the sole special key hidden somewhere in the same area to unlock a door at the end of every stage as well. These special keys aren’t even out in the open, but often hidden away behind breakable walls and blocks that are visually indistinguishable from any other unless Simon happens to be carrying a rare secret-revealing item in his inventory at the time.

To make this key hunt more manageable every stage is a free roaming area with no time limit, allowing players to, at least in theory, literally spend all day going back and forth within a single stage trying to find the damned thing. As if this wasn’t disorientating enough for anyone used to whipping their way through Wallachia, some specific parts of levels (and sometimes whole stages) wrap around on themselves. You can start a level facing right but walk off to the left to explore parts of it “backwards” instead.

Later on the game offers a few light puzzles based on this bewildering feature, including one seemingly designed to remind players that this screen wrapping business can nonsensically apply vertically as well as horizontally, meaning dropping off the bottom of the screen below can lead to Simon, with perfectly executed ’80s game logic, falling in from the top of the screen “above.”

In spite of all my complaining, in practice these key-hunting searches aren’t quite as confusing or unpleasant as they may sound. Knowing something is hidden and I have to search and think my way through a world filled with traps and monsters to find it, is… quite exciting, actually. I already know what to do even if I don’t quite know how I’m going to do it on a new stage.The limited-use maps scattered around most stages offer further help: a quick tap of F2 reveals not only an overview of the whole level’s basic floor plan but also Simon’s current location and even a big red arrow marking the exit door.

Even in a game where capital-D Death might literally be waiting around the corner and I can walk through some stages backwards, I always know what I’m supposed to be doing and to a certain extent where I’m heading.

In spite of these fundamental changes to Castlevania, many areas still clearly echo their Nintendo-branded counterparts. Tattered red curtains still hang by tall windows as purple-hued zombies rush across the same floor, mermen still leap out of the waters below, and much to my hair-pulling frustration, that bit with the floating medusas and the tiny platforms still rears its ugly head. But all of these semi-familiar places were created using a broader colour palette than the NES could ever dream of. The areas and features that don’t perfectly reflect the Castlevania we all know and love often introduce some clever ideas of their own, perhaps extending a unique location that finished too early in the console game Stage 12 takes a simple background feature—those large and conspicuously Simon-sized sewer openings—and effectively turns them into doors leading to new areas underground that exist in no other version of the game.

Although living long enough to see any of that can be a brutal a challenge: unless you bought a separately-sold cheat device also made by Konami, Vampire Killer only gives you three lives to lose—and no continues.

At times this led to me not only wanting to stop playing Vampire Killer, but also Castlevania as a whole, anything else Konami have ever made, and then for good measure ejecting the entire hobby into the sun. Carefully battling through stage after stage only to lightly brush one enemy, once, and watching the knockback throw Simon into a bottomless pit before dumping me back at the title screen can do that to a person.

The thrill of exploration is dulled by the way all enemies respawn the instant I leave the screen, inevitably leading me to lose health to monsters I know for a fact I’ve already defeated. It may have been a technical necessity, but it still stings. But while the game may be downright evil in places, a little relief always seems to be just around the corner. Whipping a wall away sometimes reveals an old woman willing to sell powerful items or even full heals for a reasonable number of hearts, or maybe there’s a treasure chest containing the almost game-breakingly useful hourglass item waiting just before the end of level boss room, turning what could’ve been a difficult fight into a complete pushover.

These enforced repeat runs through the earlier parts of the game bring familiarity, which in turn casts the game’s challenges and apparent brutality in a different light. On a second time through I know I don’t have to waste my time going up a certain staircase: if I can just hold out a little longer a full heal’s close by. I know not to whip that candle because it’ll drop a slime enemy, not an item. There is real satisfaction in getting better, in seeing those old game-ending troubles become quick and considered moves that lead directly to the right area and then straight on to the locked door—with perhaps a short diversion for a very specific treasure chest and the helpful item within.

Even after just a little practise that opening “maze” of staircases and rooms I can exit from either side has gone from being a daunting sequence to something casually cleared with minimal damage in seconds. That’s not a boast—that’s just Vampire Killer working as intended. This wasn’t designed to be something I make steady progress through and then put away forever, it was designed to be played over and over, my own knowledge and experiences as much a part of Simon’s Dracula-slaying arsenal as any whip upgrade or item.

I do feel like I’ve been put through the wringer playing it, but I don’t mind as much as I thought I would. Not even when Simon grazed a platform just above his head, the slight collision with the architecture altering his mid-air arc just enough to send him fatally crashing into the depths below. If I’m honest with myself, some of Castlevania’s more notorious segments actually make more sense in this MSX2 version of the game, because their difficulty is balanced out or even nullified by items that simply don’t exist in the NES version.

The NES Castlevania may have firmly embedded itself in our collective gaming consciousness forevermore (helped in no small part by the console’s massive popularity in the US and Japan and continuing nostalgia for it), but Vampire Killer remains an ambitious  glimpse into an alternative, more freeform, horror-platformer—a concept Konami would return to several times over the years until they finally found the masterpiece hiding within this go-anywhere gothic game: Symphony of the Night.