How The McLaren Artura Could Influence The Future Of Supercars 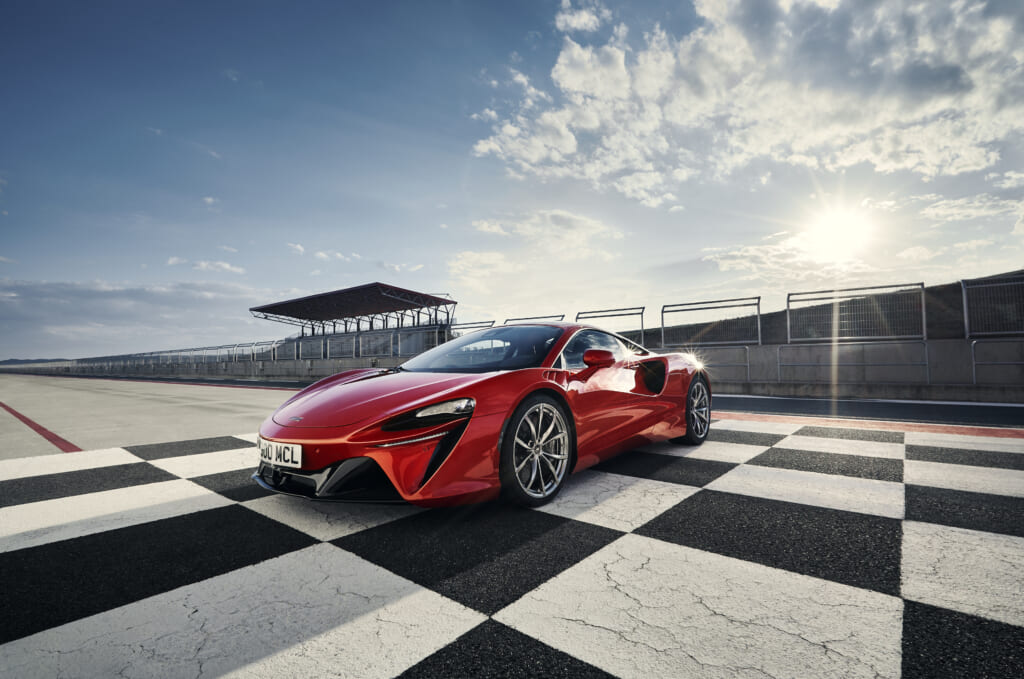 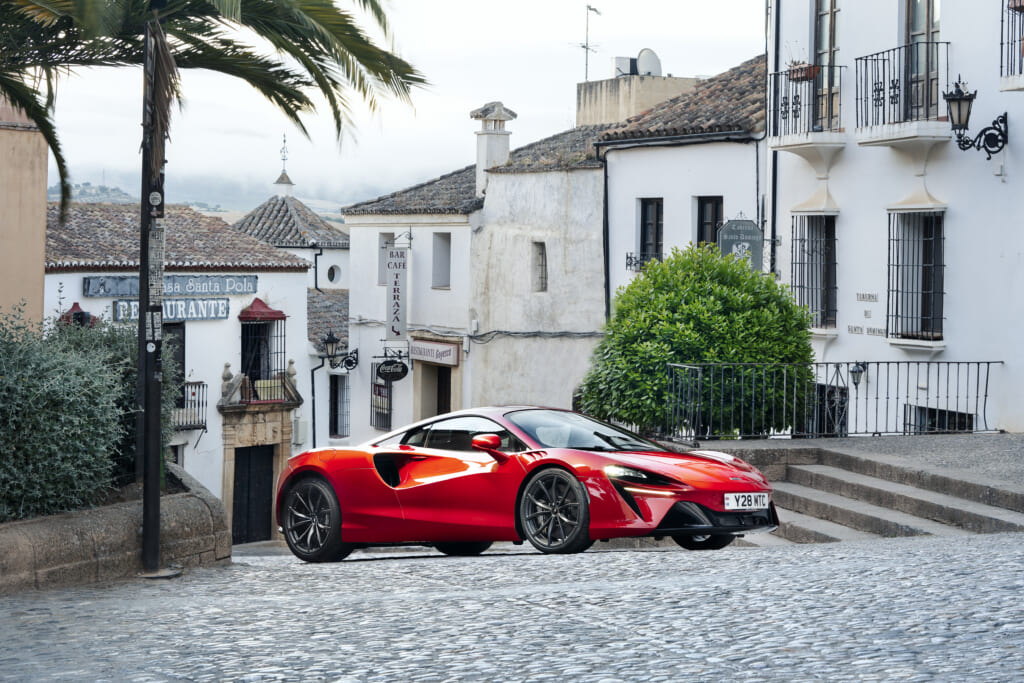 This is a car that very much represents a giant leap forward for McLaren.” Jamie Corstorphine, Director of Product Strategy for McLaren Automotive, is, at long last introducing the new Artura, McLaren’s first-ever series-production High-Performance Hybrid (HPH) supercar, at the model’s global launch event in Marbella, Spain. Delayed for nearly two full years by the global pandemic, the Artura is more than just a novelty, but “a whole new chapter in the story of McLaren,” Corstorphine enthuses.

The Artura, which made its official debut at this year’s Monaco Grand Prix, where H.S.H. Prince Albert II of Monaco drove it around the track for an honorary lap—a winning experience—powered by a new hybrid twin-turbo V6 that makes a combined 671 bhp (661 hp) and 531 pound-feet of torque, capable of kicking it from 0 to 60 mph in under three seconds, with a top speed of 205 mph. 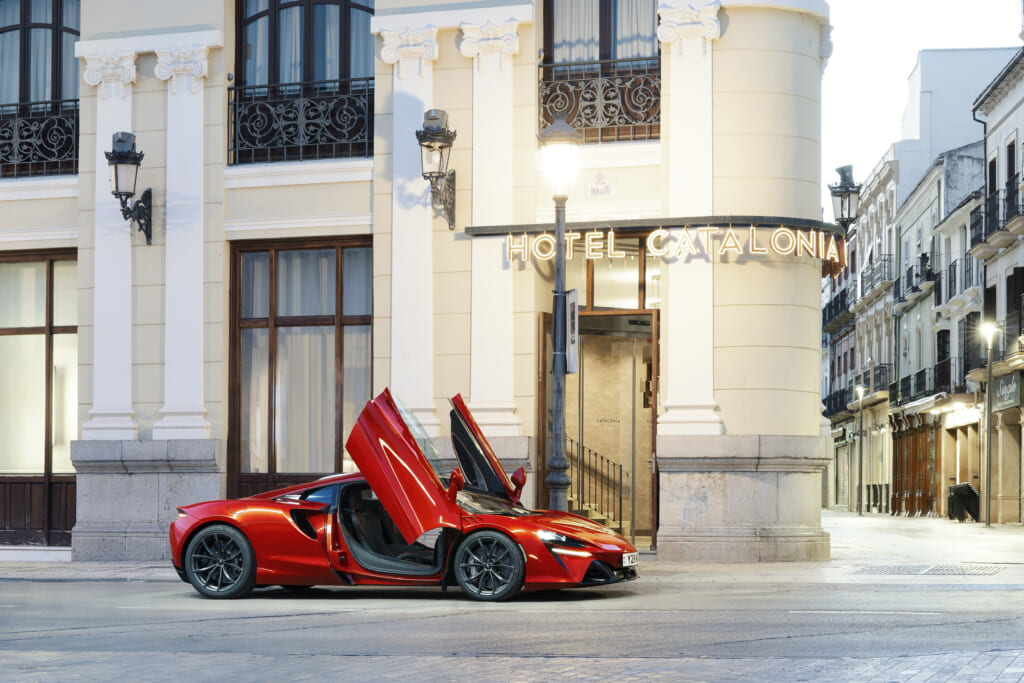 The Artura’s debut comes at an auspicious moment for the legendary marque, which is just now moving into its second decade as a luxury automotive manufacturer, having been a major player in motorsports for nearly 60 years.

They call Artura “the distillation of more than half-a-century of expertise and experience in race and road-car engineering”; with an all-new, ultra-lightweight carbon architecture that, as Corstorphine says, “has been optimized for electrification, and that will underpin the range of future McLaren models.” 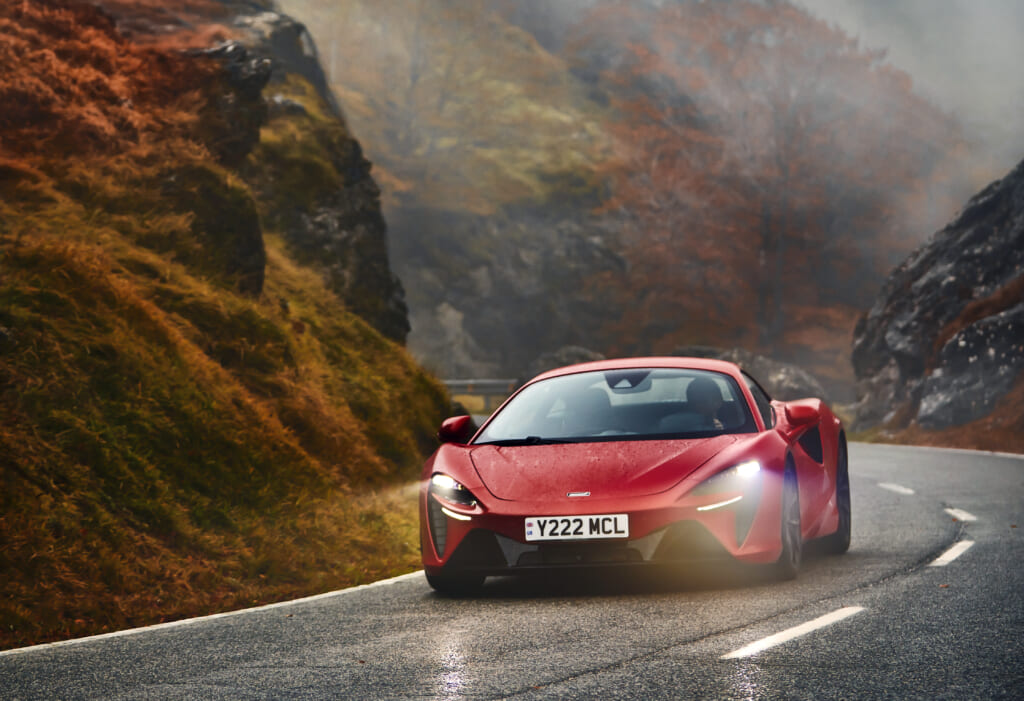 The company is on something of a winning streak. Artura arrives hot on the wheels of several highly successful new model introductions from McLaren over the last year, all sold out well in advance, including the 765LT Spider; the Elva hypercar, of which just 149 examples were built; and the track-focused 720S GT3X racer.

Supplanting the McLaren GT at the more gentlemanly end of the marque’s offerings, the Artura is priced from $233,000 for the standard specification, with three other trim levels available: Performance, which has a “sporting, functional aesthetic”; TechLux, where the focus is on the technical luxury that the name suggests; and Vision, with a “more avant-garde and adventurous look and feel.” 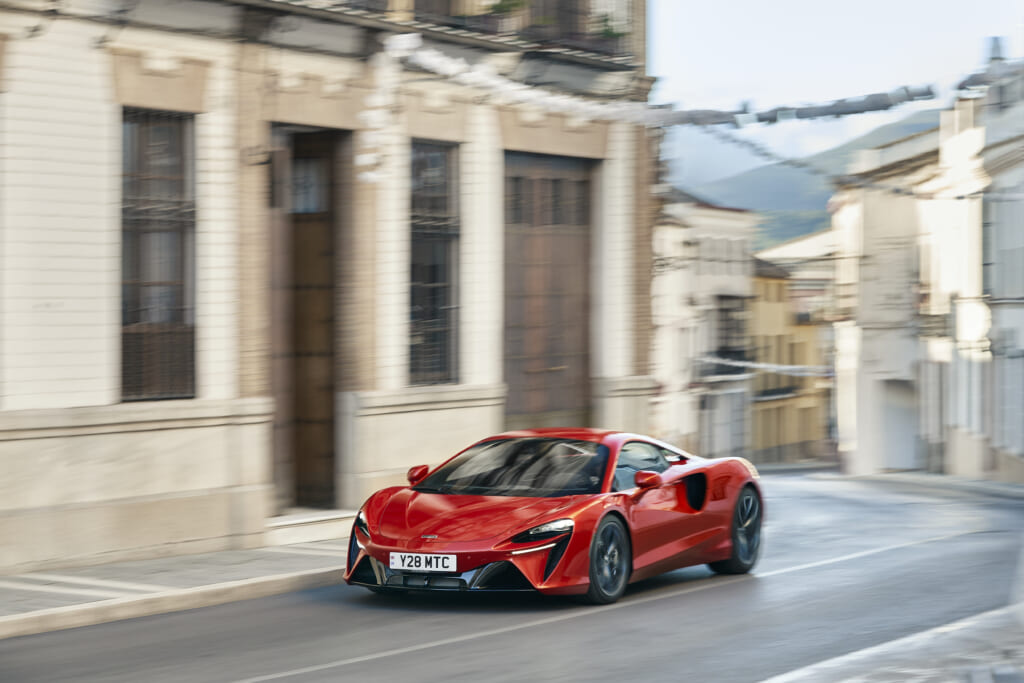 On our drive in Marbella, we got a chance to chat with Darren Goddard, McLaren’s Executive Director, Programmes, about the decision to create a hybrid supercar. “Artura fits into our range on a road-to -track continuum,” he explains. “It is less about ultimate performance than the [McLaren] 720S or Ferrari 296GTB, but with more engagement and performance than the GT.” For $100,000 less than the 296GTB, the Artura has a very similar power-to-weight ratio to the Italian thoroughbred, making it a strong value proposition.

This is not McLaren’s first hybrid rodeo; the brand’s groundbreaking P1 and Speedtail hypercars both carry gas-and-electric powertrains. As with those vehicles, Artura is “true to our DNA,” Corstorphine emphasizes. 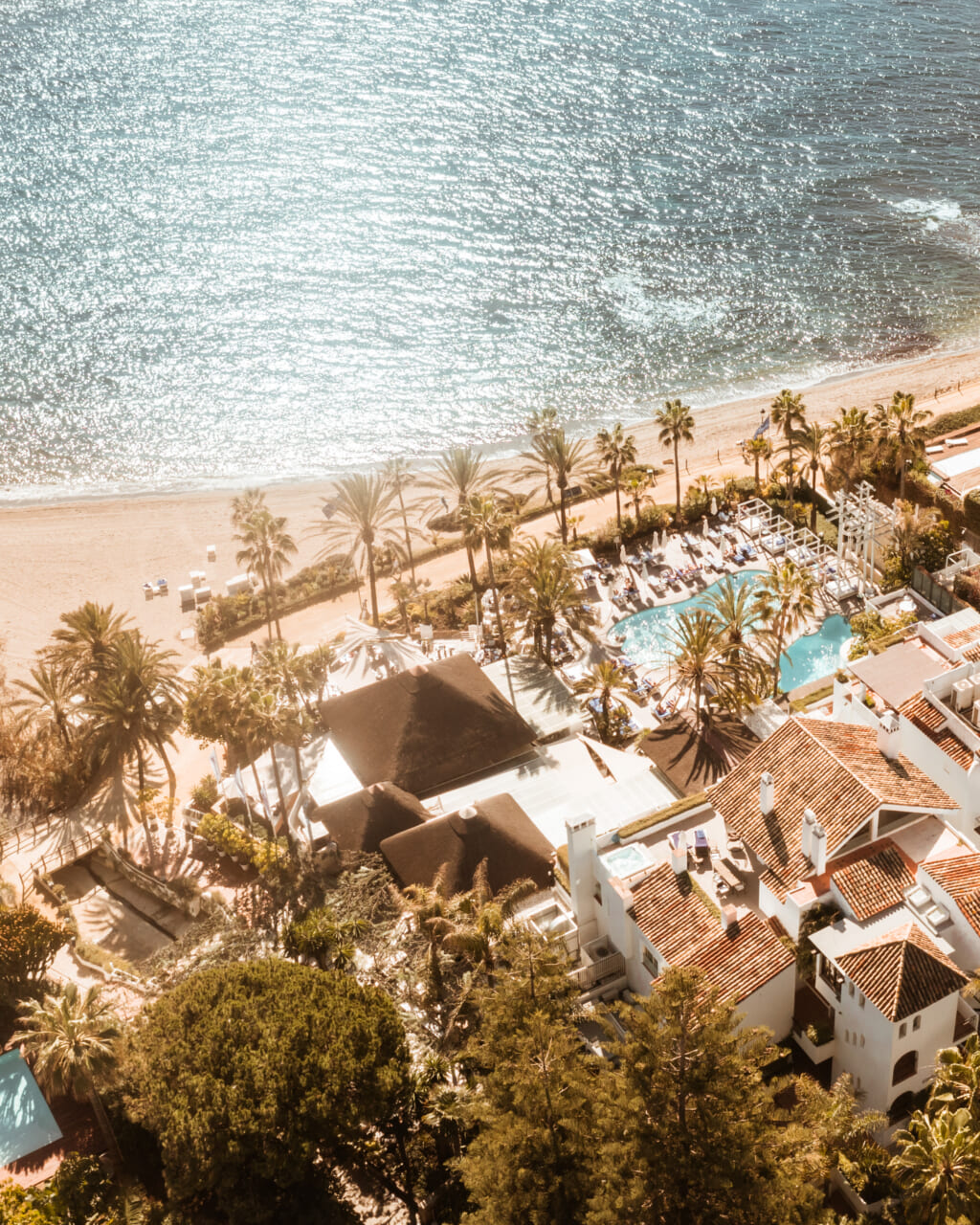 “First, it’s compact, lightweight, and uncompromised. Secondly, it’s been designed around the driver. This is something we’ve been saying for the last ten years. We think it’s in credibly important. But with this path, we’ve also designed it around how we know our owners like to enjoy and drive their McLarens. We’ve got ten years of history and expertise, plus data and interaction with our customers, and we know the typical McLaren customer will use their car more than the average supercar owner. They’ll use it on track, they’ll use it for long road-trips, and in some cases they’ll use it as an everyday car.”

In Marbella, we set up base camp at the luxurious Puente Romano, a 5-star enclave directly on the beach with five swimming pools, a world-famous tennis club, and several upscale bars and restaurants. McLaren promised that the Artura would be a thrilling drive at any speed; and that it’s being a hybrid would in no way detract from the signature McLaren supercar experience.

To demonstrate this, we drove it to the posh, private Ascari Race Resort in Malaga, experiencing its expertise at slow, medium and, at Ascari under the supervision of professional racing drivers, extremely fast speeds.

While the hybrid setup means that the Artura doesn’t emit the same heart-rending engine sounds that other McLarens are noted for—the brand decided not to add in any auditory enhancements—its sculptural looks, due to superformed aluminum panels and perfect proportions, giving it a “shrink-wrapped” appearance, are McLaren to the core. 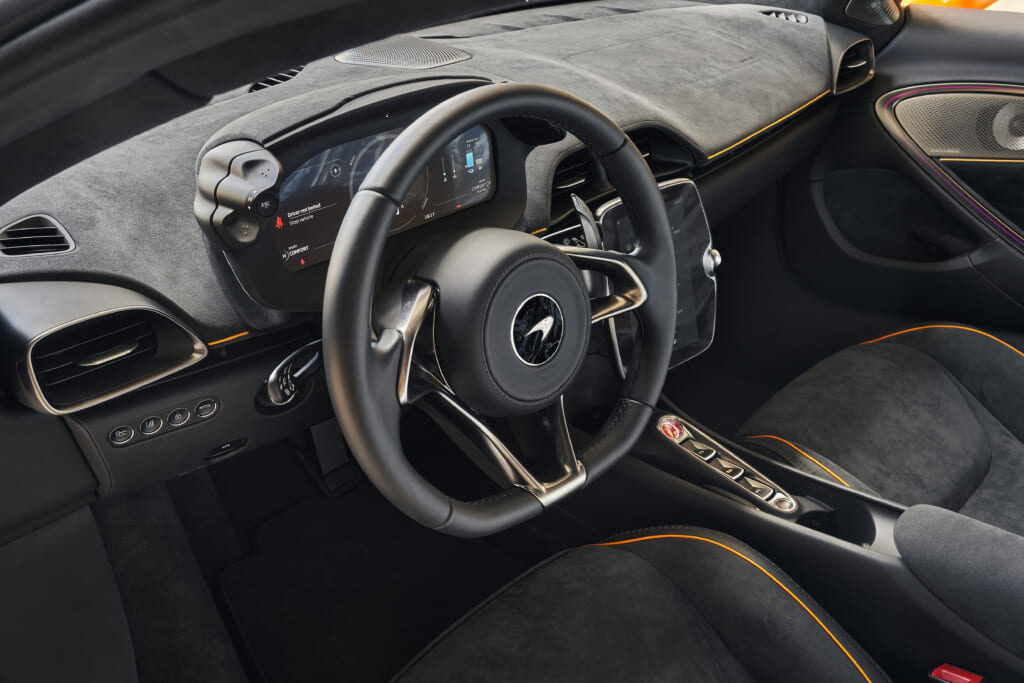 Dihedral, scissor-like doors add a note of drama as well. It was a pure joy to drive on both road and track, more subtle perhaps than McLaren’s other supercars, but that’s what helps make it an ideal daily driver—especially if your day job happens to be somewhere like MI6, or the Royal Palace of Monaco. Throw in the faster throttle response, lower emissions and ability to run in pure EV mode that the Artura brings to the table, and it’s a compelling proposition indeed.

In Spain we also got a preview of what McLaren Special Operations (MSO) can do with such a car. MSO is not only McLaren’s customization arm, but also oversees its heritage division, supporting owners of the iconic McLaren F1 road car with maintenance, restoration and certification services. And now MSO even offers customers the ability to commission a new car, as it has done with the 824-hp McLaren Sabre, the fastest two-seater McLaren ever made, priced at over $2 million apiece. 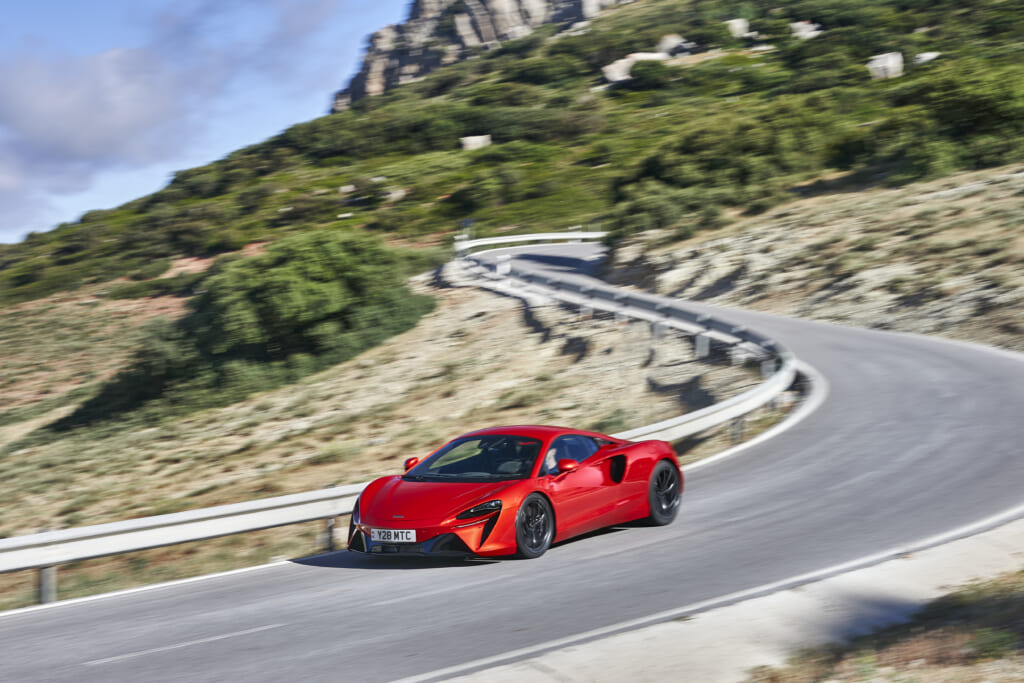 In terms of the bespoke services offered by MSO for the Artura, which is assembled entirely by hand at the high-tech McLaren Production Centre (MPC) in Woking, Surrey, England, these range from unique paint colors and interior trims, to custom wheels and more. “We expect a large proportion of Artura customers will want to personalize their car in some way,” Corstorphine notes.

As MSO’s Managing Director Ansar Ali puts it, “This is where McLaren’s innovation and your vision meet. We call this the art of the possible. It’s a creative process that pushes the limits.”

This article originally appeared in the Jan/Feb 2022 issue of Maxim magazine.

Why Black Friday Is a Bad Day to Impulse Buy

Trump Team Says Kanye and Nick Fuentes Could Hurt His