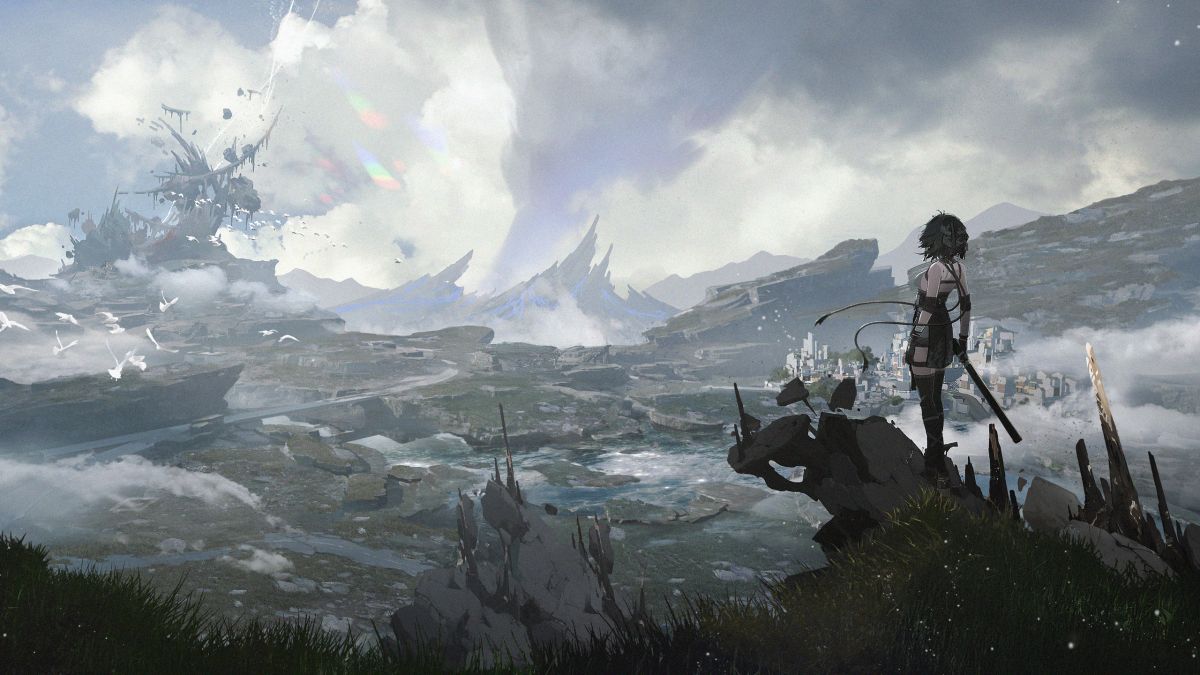 Looking at the fluidly animated, all-action trailers for Wuthering Waves, it’s hard not to be impressed. From the costume design of its key characters to the scintillating combat that looks impossible to pull off until you actually get the game in your hands, it’s clearly a game made by a team that isn’t on its first anime RPG rodeo. The above trailer, which will accompany Wuthering Waves at the Tokyo Game Show on September 15, showcases the game’s strengths beautifully.

The world of Wuthering Waves is trapped in a ‘cycle of calamity,’ most of its progress wiped out by a disaster known as Calament. You, the player, are a Rover, an elite warrior who wakes up to find the world broken and in need of restoration. This anime-styled ARPG is a dizzying blend of action and powerful cutscene-based storytelling from Kuro Game, who know a thing or two about making these elements gel.

Wuthering Waves’ vast world wants to be explored, and to that end you’ll have tons of parkour and aerial tricks up your sleeve. You can double-jump, dash up vertical walls, kick yourself off them, then whip out a high-tech umbrella to glide swiftly across the land towards whatever dangers and mysteries await you out there. Also, kudos for letting players sprint without stamina limits–the bane of so many players who want to explore an open-world game.

Likewise, the combat keeps up the pace, opting for a real-time rather than turn-based approach. Wuthering Waves deploys an all-action combat system, scrapping things like tab targeting and target selection in favour of the responsive combat like you might expect from the great Japanese action game developers like Platinum Games or Capcom.

A unique hook here is the Collectible System, whereby you can capture and analyse monsters and use ‘Calamon Skills’ to give you all manner of customisation in battle. With Skills that boost key traits like attack, recovery, and defence, you’ll have plenty of options to refine your fighting style and swing the battle in your favour.

Dodge from harm’s way, and use the momentum of your blades to slash yourself high into the air before cutting down on your Calament foes with an earth-shattering ground pound. You can turn a great defence into a lethal offence, as timing an evasion or deflection properly will boost your next attack with a devastating dash-attack or a move capable of stunning even the hardiest of bosses.

All this looks stunningly smooth, like a blade-waving dance between your stylishly designed Rover and the enemies (and of course bosses) dead-set on stopping you.

Amidst the ruined yet still gorgeous landscapes, there are towns and other hubs of human population in this post-apocalyptic world. You’ll be able to freely roam around architecturally fascinating cities like the capital Tian Cheng, picking up quests from locals, earning collectibles, and piecing together the story of how the land of Huang Long came to be in its current sorry state.

Built in Unreal Engine 4, everything in the open world—from the particle effects as you cut through your alien enemies, to the dense grass lapping at your shins and elegant geometries of distant mountains—looks wonderful in a way that will dazzle all players, be it a next-gen console on a big screen, or the small crisp display of a smartphone.

Wuthering Waves will be a free-to-play game from Kuro Game, a developer with a great track record of keeping its games fair. Their previous game, Punishing: Gray Raven—a similarly styled action-RPG—was a hit with over 20 million downloads and rave reviews. Wuthering Waves looks set to build on that, with an art style, world design, and story that add up to the studio’s most ambitious project yet.

Even if most of the mysteries in Wuthering Waves’ world are yet to be unveiled, and will take months of exploration from thousands of players around the world, it makes a powerful first impression. If you want to see more from this promising ARPG, keep your eyes on the Tokyo Game Show coming up 15 September, where Wuthering Waves will be making an appearance.